For you did not receive the spirit of slavery to fall back into fear,
but you have received the Spirit of adoption as sons,
by whom we cry, “Abba! Father!” 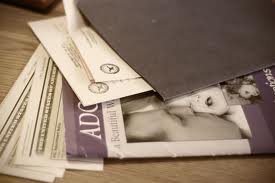 When I think about adoption, I envision an eager husband and wife nervously awaiting for the arrival of the child they will soon call their own.
The journey they have taken to get to this point involved mounds of paperwork. They have made innumerable sacrifices both physically and mentally in order to obtain the right to call another’s baby their own. They have endured a grueling waiting game filled with unexpected twists, turns, and disappointments. Soon they will take that special child in their hands and walk away not just husband and wife but mother and father.
I can’t fathom the feelings or emotions parents experience when they have literally laid

everything on the line in order to adopt. I am humbled by the testimony of men and women who have sought out not just the abandoned and orphaned but also the sick, diseased, and “unwanted.”
Recently, I stumbled upon a site seeking parents for “unwanted” foreign children. All the children on this site had health issues ranging from mild to severe, but the profiles that broke my heart were those of older children who were months away from being removed from the adoption agency’s system. These orphaned children were painfully aware that if no one came forward, their next birthday meant an end to their hopes of ever finding parents and becoming part of a real family. Age thirteen wasn’t a day they looked forward to because t didn’t mean a driving permit, but rather that an institution or street would soon become their new permanent home.
While I can not fathom the feelings, emotions, or pain of these children, in a spiritual sense I am not unlike them. The amazing thing about my story is that when the Lord formed me, chose me, and called me to Himself, I was not a beautiful, innocent,or lovable infant, I was sick and marred by sin.  I was unlovable, “Father”-less, and destined for a life of depravity on the “streets and institutions” of this world. My prospects weren’t just a life of hopelessness but of judgment and death.
Then the Lord of the Universe stepped in. Christ didn’t just collect money to purchase the right to adopt me, He didn’t fill out paperwork in order to declare Himself worthy to redeem my life, He did something infinitely grander. He became my Abba Father through the blood of His son.
If led by the Lord, it would not be hard to exhaust our life savings or make the required physical sacrifices necessary to adopt a baby, but never in a thousand years would I consider sacrificing my own beautiful children in order to adopt and redeem a diseased, mentally broken vagrant living in jail. 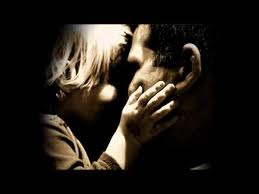 As we celebrate Father’s day, and as I reflected upon the blessing my father and my husband David has been to me, I want to take a moment to reflect upon the one who has given and sacrificed infinitely more for me. He is my Papa, my daddy, and He delighted in me when there was nothing to delight in. He loved me when I was unlovable, sacrificing the priceless for the worthless.
Thank you Father for your grace and mercy, and for your unspeakable love for me. You have withheld nothing from my life except the judgment I deserve.  All I have ever needed you have bountifully provided. May I walk worthy of the new name I bear, and may my life be a living example of the liberating power of a loving Father!