For you bless the righteous, O Lord;

You cover him with favor

as with a shield

Today I have prayed that my husband would be anointed with favor. Psalm 5:12 has been my heart-song for David. Some have said that Grace is God’s unmerited favor, a gift we do not deserve but are given liberally. 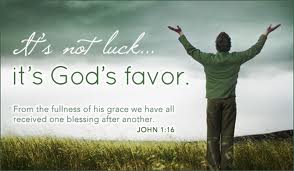 The Heavenly Father has chosen David and called him to Himself. He has called, and then promised that as he calls and leads he also will equips. He has also promised that He will perfect and finish the work He has begun in David’s life, & our marriage & family. So my prayer is that God’s grace would compass David as he works, thinks, interacts, and goes about his day.

I am also praying that David would find favor in the presence of his employees, customers, vendors, and all others the Lord brings into his life. His day is filled with much stress as he tries to keep the peace, make customers happy, all while growing and leading his company.

Father, it is true that your grace and favor is upon the life of my husband. You have loved and been intimately acquainted with him from His youth. I have seen your hand upon his life and I ask that your grace, love and favor would not depart. May your favor guide, protect and transform him. Father David deals with so many people and so many high pressure situations every day. Please give him the wisdom, discernment, understanding, and compassion he needs as he works with those you bring into his life. Please give him favor in their eyes, and give him the ability to defuse anger, animosity, physical limitations & weaknesses. Amen