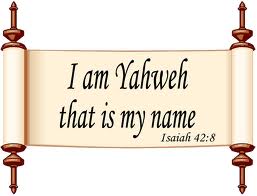 I would like to share an article written by Betsy Childs. As we celebrate the Sabbath and Worship the God that Is, Was, and will Be savor and glory in who He is and what he has done for you. Hallelujah, to God be the Glory!!!

This name was precious to the people of Israel, and God proved the truth of his name over and over. He saved his people by delivering them from the Egyptians and bringing them through the Red Sea. He sustained them through forty years in the wilderness, saving them by giving them manna, quail, and water from the rock. He delivered the Promised Land into their hands, destroying their enemies. Even in times of Israel’s rebellion, God mercifully sent his prophets to call them back and remind them of his name. The prophets also called the Israelites to look ahead, for someday God would bring them salvation in the form of the promised Messiah. 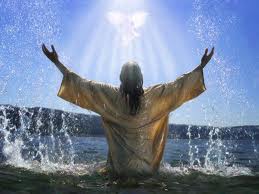 The Incarnation of Jesus Christ brings even more meaning to the name Yahweh. God not only showed himself present by being on Israel’s side and remembering her cause, He actually became physically present. Jesus was present not merely to empathize with us; he came to accomplish our salvation. It is quite possible that several times Jesus intentionally identifies himself with Yahweh, such as when Jesus told his questioners, “I tell you the truth, before Abraham was born, I am!” (John 8:58). The significance of Jesus using the phrase “I am” would not have been lost on his Jewish listeners. Jesus was the fulfillment and ultimate confirmation of God’s name. As Elmer Martens summarizes, “The name [Yahweh] is anything but empty. The name carries overtones of presence, salvation defined as deliverance and blessing, covenantal bondedness, and integrity.”

When we sing the word “Hallelujah,” it is a reminder that we serve the God who revealed himself to Moses and led his people by a pillar of fire. We praise the God who revealed his plan through the prophets. We exalt a God who did not hide Himself from us, but revealed to us his name. This God even walked among us, and through a painful, humiliating death, He accomplished our salvation.

But the word “Hallelujah” should not only cause us to look back on what God has done; it also urges us to look forward. The apostle John reveals to us that this word will be used in heaven. He writes, “After this I heard what seemed to be the loud voice of a great multitude in heaven, crying out, ‘Hallelujah! Salvation and glory and power belong to our God….’ And the twenty-four elders and the four living creatures fell down and worshiped God who was seated on the throne, saying, ‘Amen. Hallelujah!’”(Rev. 19:1,4, ESV).

Every time we sing “Hallelujah,” we are preparing ourselves for an eternity of praising Yahweh. We can be reminded that God will finish the salvation he has started. All heaven and earth will witness the salvation of the Lord and the vindication of his name. God has demonstrated his saving presence in the past, and He will demonstrate it again when Jesus returns in glory.